I’ve seen a few people ask about the differences between CBD oil from hemp and CBD oil from marijuana. I think this is a fair question.

First of all, we have CBD oil extracted directly from marijuana, and with all discussion on medicinal cannabis this is well known. But, there’s also a type of CBD oil made from hemp, a different plant, which can come as a surprise to many people.

When you first hear of the benefits of CBD oil and start to do your own research, as I always recommend, the information can be overwhelming.

I believe that keeping an open mind and educating yourself as much as possible about CBD oil, along with its risks and benefits, is the most important things you can do. This is your health and CBD oil possibly giving you some life changing benefits we are talking about here. So I thought I’d give you guys a good explanation to help you make the best decision for your situation.

Difference Between the Hemp and Marijuana Plants.

Let’s take a quick nature walk and have a look at the plants that we are talking about along with their names which will probably be familiar to many people.

First off, cannabis is a family of plants not just one plant and there is some argument among scientists about classification. We are concerned about two of them, Cannabis Indica, which we would know as the marijuana plant, and Cannabis Sativa, which we know as the hemp plant.

But there are actually more than just these two plants in the family, for example you also have Cannabis Ruderalis, which you don’t hear a lot about as it does not have psychotropic effects.

All these plants have many features in common but there are also notable differences between them, that means marijuana oil and hemp oil are not the exact same but both are cannabis oils.

Visually, marijuana plants [Cannabis Sativa] are shorter and have more leaves and flowers and need specific soil and weather conditions to grow.  Hemp, meanwhile, are hardy, adaptable plants and thrive when grown close together. They are also taller and have very long stalks.

The plants also differ chemically and this is of most interest to us.

Marijuana is known for its high concentration of THC which can range anywhere between 10% and 30% or more depending on the strain. THC, of course, is the psychoactive compound which makes you feel ‘high’ and is the reason why the plant is illegal in many countries.

Hemp also contains THC but at a much lower concentration, only around 0.3% to 1%, which isn’t enough to produce a ‘high’ but it contains a high concentration of Cannabidol, CBD.

Without delving too much into the manufacturing process, the most common method of producing CBD oil is Supercritical CO2 extraction.

This is where a solvent is used to pull the oil from the plant and then the solvent is then removed in another process.

Although this sounds like a hi-tech manufacturing process it is actually the same process used to produce your standard Omega 3 oils, vanilla extract and other everyday food items you find in your kitchen.

You might be wandering around your local health food store or supermarket and see hemp seed oil for sale and wonder to yourself, what the heck is that?

That is a food supplement which contains lots of things very familiar to any health conscious person such as Omega 6 and Omega 3, for example, to help your immune system, skin and cardiovascular health.

However, it does NOT contain very much if any CBD, and it certainly doesn’t contain any THC, but it does help to confuse us even more!

One of the main differences between CBD Oil from hemp and CBD Oil from marijuana comes down to the law. Because marijuana is still illegal in many places around the world, that means that CBD Oil extracted from the marijuana plant goes into a grey area, legally speaking.

The laws differ from place to place and even though the oils are very similar, one is derived from a plant that might be illegal, the other from a plant that is legal. It might sound crazy to you and me but that’s the way the laws are.

So for peace of mind, you as a customer, who has done their research and has decided that CBD oil would benefit you in your situation, you might just decide to err on the side of caution.

I think the chances of any legal problems happening are of course very small, but you might just prefer to have the piece of mind of buying a CBD oil derived from hemp.

Depending on where you live the law might see the oils differently, hopefully this will all change soon and we can have more common sense legislation, but for now we just have to work with it.

Another thing to consider when choosing to buy CBD oil from hemp or CBD oil from marijuana is actually the other compounds that are found naturally in the oil.

CBD could be far more effective when taken with other naturally occurring chemicals and with the other cannabidols with it, rather than taking it in isolation by itself. This is called the Entourage Effect and was coined in 1998 by S. Ben-Shabat and Raphael Mechoulam.

Your CBD Oil might also contain cannbidols such as cannabigerol (CBG), cannabichromene (CBC), cannabinol (CBN), and tetrahydrocannabivarin (THCV) for example.

This Entourage Effect means some people believe in the holistic approach where the active ingredient CBD isn’t the only reason to take CBD oil. They are of the opinion that other ingredients working together with CBD gives you increased benefits.

It’s heartening to read this piece from CNN and see the research that pharma giant GW Pharmaceuticals were doing into the Entourage Effect. Their chairman at the time Dr. Geoffrey Guy said that a whole plant extract worked better at treating Multiple Sclerosis instead one only containing a single compound.

Generally speaking CBD oil from hemp has a higher concentration of CBD than those from marijuana, but as always make sure you buy your CBD oil from a reputable manufacturer.

As more and more medicinal marijuana products come onto the market, manufacturers are competing with each other by upping their game and adding their own checks in order to win the trust of customers and gain market share.

Naturally, you want to be sure of what you are getting, quality is especially important, so you can read more about my recommendations here.

I hope that helps clear some of the confusion up.

I find it fascinating that we are only getting started into the research into this family of plants and the benefits of them and the products we can derive from them.

It seems to me like the science and medical community, along with the general public, are moving quite quickly to embrace it and are keeping an open mind.

But like many things it seems like politicians and law makers are slower to change old mind-sets.  But they are a reflection of us, the general public, so hopefully they will catch up soon too. 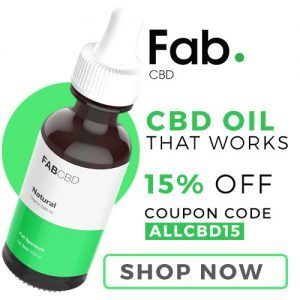